Top 10 Weird Traditions In Japan That You Need To Know 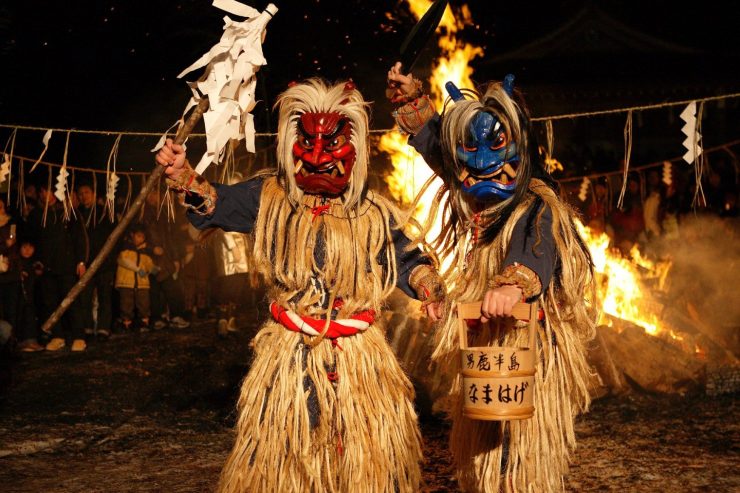 Japan is known for its unique culture and traditions, which often leave visitors from outside the country feeling a little bewildered. From the traditional tea ceremonies to the unusual customs of gift-giving, there’s no shortage of cultural quirks to explore in Japan. Here are the top 10 weird traditions in Japan that you need to know about:

1. Namahage: This is one of the most unique traditions in Japan. During the New Year’s Eve celebrations in some rural parts of the country, men dressed in demon-like costumes visit homes in the area and “scare” children by making loud noises and shouting out warnings. This is done to motivate them to be obedient and work hard during the coming year.

2. Hadaka Matsuri: This festival is celebrated in many parts of Japan and is also known as the “naked festival”. During the event, men gather in a temple wearing nothing but a loincloth and attempt to grab a pair of sacred sticks that are thrown into the crowd. The man who catches the sticks is said to be blessed with good luck for the year.

3. Yubikiri: This is a traditional Japanese handshake that involves linking pinky fingers together and making a promise. It is said to be unbreakable and when someone makes a yubikiri with you, they are trusting you to keep your word no matter what.

4. Otoshidama: This is a custom of giving money to children as a New Year’s gift. It is usually given by family members and is a way of wishing them luck and prosperity in the coming year.

5. Setsubun: On the 3rd of February each year, people in Japan celebrate Setsubun. This is a celebration of the start of spring and involves people throwing roasted soybeans around the house to ward off evil spirits.

6. Osechi Ryori: This is a traditional New Year’s dish consisting of a variety of small dishes that are served in special lacquered boxes. The dishes are said to bring luck and prosperity for the coming year.

7. Hari Kuyo: This is a unique tradition where people gather together to pray for the souls of sewing needles that have been used throughout the year. The needles are placed on a small altar and prayers are said for them.

8. Bon Festival: This is a traditional Buddhist summer festival celebrated throughout Japan. During the festival, people visit their family graves and make offerings of food and drinks to the spirits of their ancestors.

9. Mochi Pounding: This is a tradition that is still practised in some parts of Japan. It involves pounding steamed rice into a paste and then shaping it into small cakes. The cakes are typically served during the New Year’s celebrations.

10. Omizutori: This is an annual event held at the Todaiji Temple in Nara. During the event, monks light up large torches and carry them around the temple grounds. It is said to symbolize the purification of one’s soul.

These are just a few of the weird and wonderful traditions that are still practised in Japan today. From the ancient to the modern, each tradition has its own unique story and history, making it an interesting and exciting culture to explore. So next time you visit Japan, why not take the time to learn about some of these traditions and experience them for yourself?