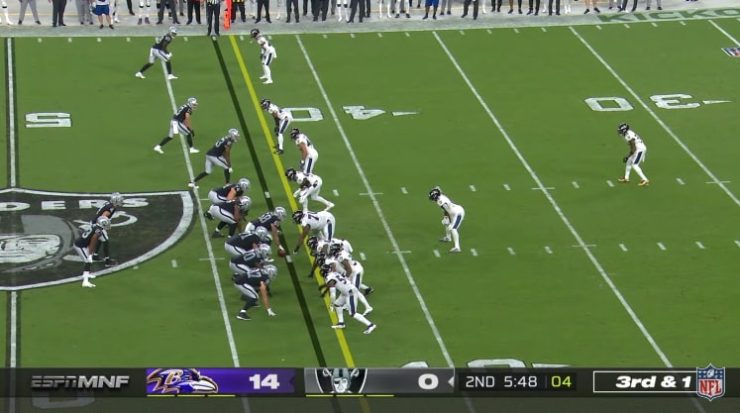 He is a versatile football player known for playing as a right end for the Las Vegas Raiders and being at the top of his game. He previously played for the Baltimore Ravens from 2015 to 2018. A player with incredible skills on the field, he is also a secret keeper.

Darren is said to be a private person who is reaching impressive heights in his career and has a promising future in the field. The athlete is said to have a love interest in someone belonging to a court; let us find out more about the person, but first, what is it about Darren Waller that makes him famous?

The stunning American footballer and athlete was born on September 13, 1992, in Landover, Maryland, and raised there with his sibling and parents, Charlena and Dorian Waller. He is also the grandson of a famous jazz personality Fats Waller.

In his college, Darren played for Georgia Tech and then started his professional play in 2015 when he got drafted in the 6th round by the Baltimore Ravens, the team he played for three seasons. He played for the Las Vegas Raiders in the right end position in the National Football League or NFL.

He has a record of 270 receptions with around 16 converted touchdowns. His career was at its peak when he chose to play in Pro Bowl in 2020 and competed with the most demanding team in American Football League.

Following the Raiders ‘ week win, head coach of the team Jon Gruden, dubbed him the best player he had ever coached. Apart from being an amazing football player, he pursued music skills that came to him from his grandfather. In his free time, he likes to produce hip-hop music.

He is a hardworking athlete; we can see that by his performance on the field. The fans are also in love with his full arms tattoo, which makes him unique on just another level. As we talk about the brighter parts of his career doesn’t mean that he got it all easily.

Player number 85 of LV Raiders was a victim of substance abuse in his teenage. It all started when he was 15 years old. He was then introduced to an illegal drug called Oxycodone and got addicted to it.

In July 2016, he got suspended for the 1st four games of the 2016 NFL season as he was caught violating the League’s Substance Abuse Policy. On June 30, 2017, he was again suspended for a year without pay as that was the year when he overdosed his system and was taken to a rehabilitation center.

After spending his fair share of time at the rehab, he finally got his second chance in life and returned sober from Bordon Cottage back into the field where he belonged. He also founded Darren Waller Foundation to prevent adolescents from engaging in harmful substances, destroying them and guiding them to focus more on sports and their studies for a better future.

On September 10, 2022, he signed a three years, $51 Million contract extension with the Raiders making him the highest-paid tight end in the league.

Who Is The Love Interest Of Our Athlete?

Though there are no updates from the footballer being married or in a relationship, he likes to give all his attention to the game and his physique. The rumors are that there is someone special in his life.

The player has rumors of being involved with the sports jockey Kelsey Plum, an active player of Las Vegas Ace in the Women’s National Basketball Association (WNBA).

Kelsey Christine Plum is a versatile basketball player. She started gaining popularity for her astonishing play for the Las Vegas Aces Of Women’s NBA. She also received a gold medal in the 2020 Olympic Games in 3×3 basketball. 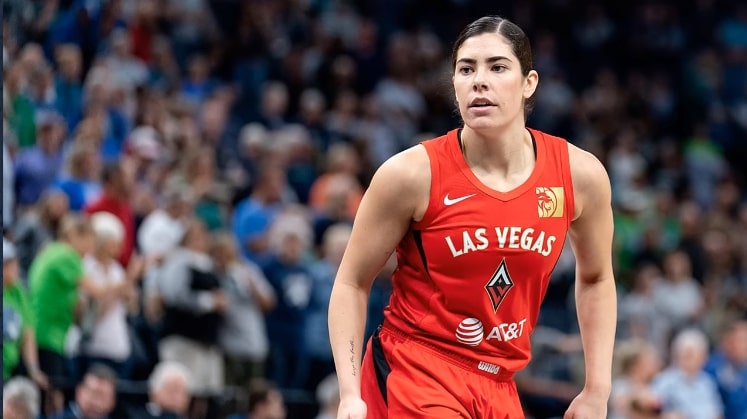 She plays a point guard position, and in 2020 she served as a graduate assistant coach for Arkansas. This year she made it to WNBA all-star, WNBA all-star game MVP, and Commissioner Cup Championship. In 2018 she won gold at the world cup held in Spain.

Both the players posted pictures of themselves on their social media. Since then, the fans have started speculations about their relationship, though when asked about it, both the players haven’t confirmed the rumor nor denied it. Let us see where this budding friendship takes them to.