Indian Predator the Butcher of Delhi: Everything You Need To Know 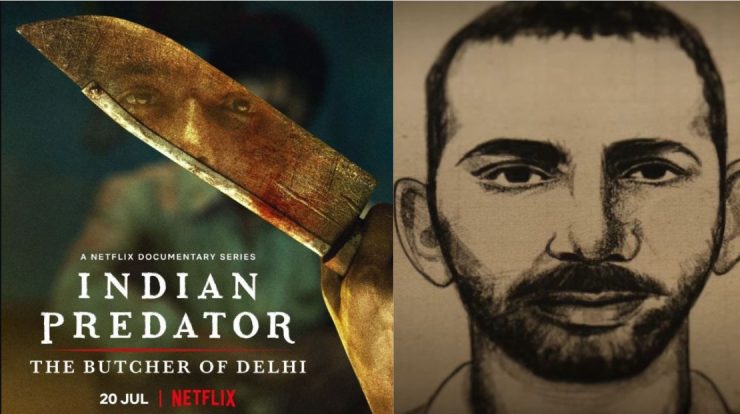 There is a demand for true crime documentaries on Netflix nowadays. People are interested in watching documentaries and series related to cold open cases of the yesteryears. One platform which has always served the true crime genre is Netflix. You can find a variety of series on the platform. Viewers are always left wanting more of the content of these series and movies. We will present an Indian Predator, The Butcher of Delhi review. How can we resist a series with the word butcher in its title? The docu-series has been released recently on the platform, and here is everything you need to look out for in the show.

One show which made quite the news on Netflix recently was Leena Yadav’s House of Secrets: The Burari Deaths. The show was quite chilling, and many viewers complained about a good night’s sleep after watching the show. This show was hugely popular. The new docu-series is also on the same lines as its predecessor, which investigates a serial killer. The killer was responsible for many deaths in the capital. Who was he, and what was his story like? Let’s have a look through this article.

Indian Predator The Butcher of Delhi Review. What is the series about?

The series is a limited one which has three episodes. The episodes are about 40 mins long. Ayesha Sood directs it. Recently, Netflix has become a hub for such shows, which take one of these tabloid-friendly crimes and convert them into a sick tale complete with blood and action. The series shows enough evidence about the crimes committed by Jha, but it also leaves many unanswered questions about the documentary. The series tries to replicate the horror and the aura of the serial killer Jha but somehow loses the focus of the actual big picture.

Even a documentary can’t function on facts alone. It needs some added drama, which is ample in the series. The show opens with mutilated bodies, blood, and guts. A typical crime scene can easily make a lasting expression on the viewer. Indian Predator, The Butcher of Delhi review, will be incomplete without giving due to the actor playing the character of Jha. Altaf Hussain plays a very influential role as a psychopath who is capable of doing much more than the series has let on.

The execution and the drama could have been a little toned down. We are discussing the drama revolving around Jha’s letters to the police. A documentary could have focused more on the factual aspects rather than the fictional recreation. Nevertheless, it was an informative watch and can be binged on the weekend. Indian Predator, The Butcher of Delhi, was released on 20th July on Netflix.