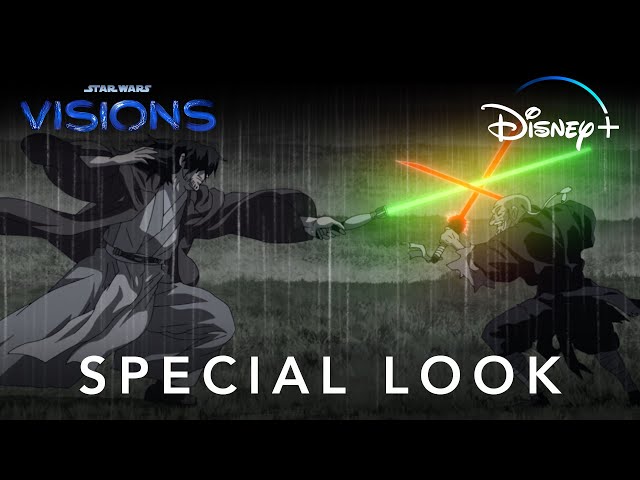 That masterpiece will be produced at a Japanese “animation studio.”

Star Wars “Visions” is a project planned by Disney’s subsidiary “Lucasfilm.” A Japanese animation studio creates a new story by interweaving a Japanese taste with the world view of Star Wars.
Seven Japanese studios, such as “Production IG,” which handles the Ghost in the Shell series, will participate and do nine works. Disney wants a lot of generations who have watched anime but not Star Wars to watch it.

In video distribution services, efforts such as ” Netflix ” are increasing to strengthen relationships with Japanese animation production companies. Star Wars “Visions” will be available from September 22.

The Star Wars Visions panel at Anime Expo Lite was pretty solid, with lots of awesome production art for all the shorts. It was going to be excellent to watch it in September!
Seven Japanese anime studios bring their unique talent and perspective to #StarWarsVisions, a collection of animated Original Short Films, streaming September 22 on #DisneyPlus.

As a first formal venture into anime, each “Star Wars: Visions” short bears a unique Japanese sensibility, which in many ways aligns with the tone and spirit of Star Wars storytelling. From the beginning, stories told in the Star Wars galaxy have counted Japanese mythology and the films of Akira Kurosawa among their many influences. These new visions will further explore that cultural heritage through each anime studio’s unique animation style and perspective.