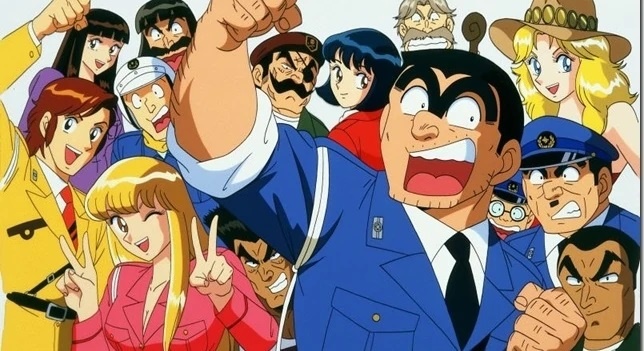 Shueisha announced on October 19 that the new comic volume 201 of the  popular gag manga ” Kokomo Katsushika-Ku Kameari Koenmae Hakkosho ” (author, Osamu Akimoto ) would be released on October 4. This is the first new issue in five years since the release of 200 volumes in September 2016. On the 5th of this month, 201 books of comics were released, and ” Golgo 13 ” was certified as a Guinness World Record as “the single manga series with the most significant number of volumes. ” Lined up in the record.

Two hundred one volumes of “Kochikame” released Volume 201 will be exhibited at the exhibition “Kochikame Exhibition” held in commemoration of the 40th anniversary of serialization and 200 volumes of comics. It will only be recorded at the venue. Unreadable “Memory Volume,” three newly drawn works recorded in the re-edited comic Shueisha Jump Remix “Heisei Kochikame” series, six volumes published in “Weekly Shonen Jump” after 2017 This is the first recorded content of Jump Comics, such as the episode of Akimoto, an extra manga drawn when Mr. Akimoto was awarded the Purple Ribbon Award.

The manga, which was serialized in “Weekly Shonen Jump” from 1976 to 2016 for about 40 years, was written by Kankichi Ryotsu, a police officer who works at the Kameari Koenmae police station in downtown Tokyo. A gag manga on the stage with the colleague and the people around him. TV animation and Shingo KatoriIt have become popular work made into a drama and a live-action movie in the lead role. The comic was recognized by the Guinness World Records as “the single manga series with the most published volumes” until it was overtaken by “Golgo 13”. In addition, in the 33/34 merged issue of “Weekly Shonen Jump” released today, a new one-shot is posted. A supernatural police officer, Neruo Higurashi, is a famous character and wakes up once every four years in the year of the Olympic Games It has appeared.