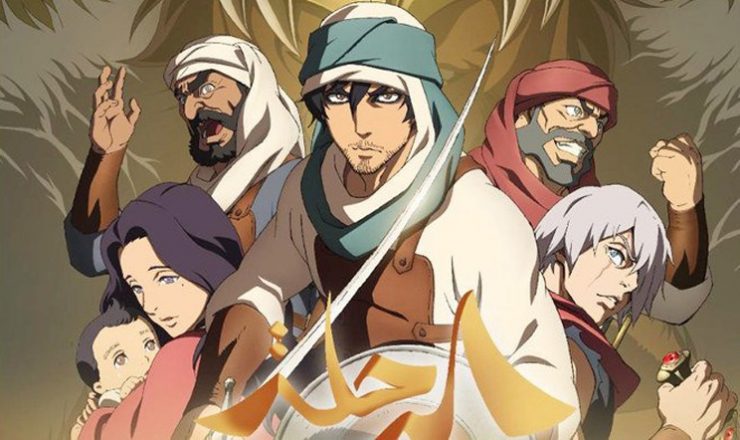 RIYADH: Cinemas across Saudi Arabia are planning to deliver “The Journey” the main Saudi 4DX liveliness film on June 17.

Manga epic “The Journey”, which was co-created with Japan, has gotten a testament of delivery and characterization from the General Commission for Audiovisual Media (GCAM).

The film will be the primary delivery to profit with new standards on ticket deals intended to help Saudi producers.

In April, the commission’s top managerial staff concluded that nearby movies would at this point don’t need to pay a segment of ticket deals to the commission with an end goal to help Saudi makers, craftsmen, and content producers.

Coordinated by eminent Shizuno Kobun, “The Journey” was shot utilizing anime-style liveliness and took over two years to make.

The producers said the Saudi and Japanese team set aside an effort to make a mix of every nation’s way of life.

Set around 1,500 years prior, the film presents the old civic establishments in the Arabian Peninsula and the Middle East. It follows the tale of Aws and individuals of Makkah who are compelled to wage war to free themselves and their city from oppression by a merciless general.

MAKKAH: For some Jeddawis, the smell of newly heated bread stirs recollections of their youth, and for some neighborhood pastry specialists, it is the constant progression of esteemed clients that keep that memory alive.

It has been the greater part a century since one of the most seasoned existing pastry shops was opened in Saudi Arabia. Forn Al-Shaikh was established by Sheik Youssef Shoukry over 50 years prior and furnished the inhabitants of Jeddah with the absolute freshest heated merchandise in the city. Shoukry’s standing spread so quickly that it crossed lines into Bahrain, Pakistan, and Egypt, and to the extent the UK and the US, as individuals sent out his newly heated bread across the Red Sea and past.

Addressing Arab News, Mukhtar Shoukry said that his dad was the head pastry specialist in Jeddah from 1952 until he passed on in 1999, developing long periods of involvement with the preparing industry.

Mukhtar revealed to Arab News: “My dad was brought into the world in Madinah in 1888 and lived a large portion of his life in Madinah. He was raised as a vagrant and when he was 10 years of age, he worked for the head bread cook in Al-Madinah at that point.”

He added that his dad and family members “were grain dealers, and when my auntie wedded the head cook in Madinah at that point, Mahmoud Azzouni, my dad began functioning as a pastry specialist for almost no cash, yet he adored the calling.

“He worked with his uncle for around eight to 10 years, after which he met Uncle Fakhri, who used to send vendors to the Levant. My dad voyaged and lived for a very long time in the AlUla locale and afterward moved to Al-Wajh during the times of the Sharif Al-Ghalib family and the Turks, prior to moving to Makkah. Then, at that point, he got back to Madinah to fill in as a cook once more.

“He had a brutal childhood, as he worked from an early age, however, he acquired insight and information from the organization of men encompassing him, moving to start with one group of friends then onto the next despite the fact that he was unskilled,” he said.