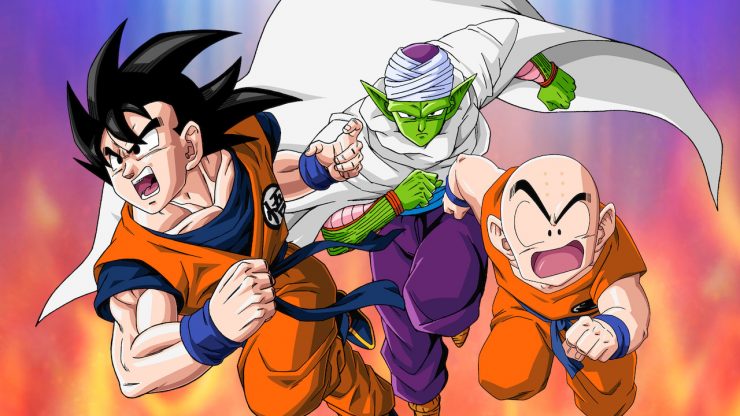 On May 9th, “Goku Day”, Toei announced that it will release the new movie “Dragon Ball Super” of Akira Toriyama’s masterpiece “Dragon Ball” (Shueisha) in 2022. The author, Mr. Toriyama, also made a comment and called it a big topic.

As the story progresses, it turns out that the main character of the film, Son Goku, was actually an alien called “Saiyan.” Other powerful enemies were also aliens, androids, and ancient demons, and as the level of battle rose dramatically, the shadow of pure earthlings gradually faded. Meanwhile, Goku’s best friend and Krillin, a brother and disciple of the same Kamesen style, had a strong presence as an earthling. Previously, in the questionnaire “Dragon Ball’s shocking death scene” conducted by this site, Krillin’s death scene dominated the top. Krillin is an unforgettable and important figure for fans of the film. When the Saiyans attacked the Earth and the scouter revealed the concept of combat power, Tenshindon had higher combat power than Krillin. However, after a deadly battle with Nappa and Vegeta, Krillin also goes to Planet Namek, where the oldest man draws out his sleeping potential. As a result, Krillin’s fighting power exceeded 10,000, and it is believed that he was a major leader in Tenshindon, who was training under Kai at the same time. After that, when Krillin participated in the Tenkaichi Budokai in Majin Buu, Yamcha said to Marron, Krillin’s daughter who was worried about her father, “Dad is the strongest in the world!” Hey. ” Regardless of whether Tenshindon, which has three eyes, is a pure earthling, it is a fact that Yamcha, who is close to Krillin, also recognized that “Krillin is the strongest earthling.” However, while the strength of enemies and allies is inflating, Krillin cannot be said to have the ability to be expected as the main force in flattery, but it is highly evaluated by the overwhelming strong men at that time. Inflation was often seen. Let me introduce three impressive scenes about Krillin. In addition, this time we will introduce only the scenes that appear in Akira Toriyama’s original manga. Please understand that the content of the original episode only for the anime version is not included.

The toughness that surprised the successor of the Great Demon King

Krillin played against Piccolo who participated in the 23rd Tenkaichi Budokai under the name of “Major”. Before the battle, Piccolo was clearly looking down on Krillin as “Zako”, but he was surprised that the two energy waves that Krillin released from both hands were tracking him soon after the start of the battle. Moreover, this energy wave is a decoy, and Krillin succeeds in hitting Piccolo who showed a gap. After that, Piccolo was shocked by Krillin who faced him no matter how many times he was attacked by Piccolo, but he avoided Kamehameha with his afterimage fist with all the power that Krillin released in the air. He hit him hard with his arms from behind Krillin and hit the ground from the sky. It seems that Piccolo had been killed by this attack, but Krillin got up and declared “I’m sorry” with his own mouth. Piccolo, who was surprised at the toughness of Krillin, muttered, “It seems that the world cannot be made to me so easily .” as if he implicitly acknowledged Krillin’s high ability. It was a scene that I could feel. In fact, Piccolo at this point was almost as strong as Goku and should have been quite different from Krillin, but many readers may have been shocked by Krillin’s skillful fighting and sturdy body. Isn’t it?

A battle that impressed the ruthless prince

When the Saiyans Nappa and Vegeta invade the Earth, Krillin confronts him as a warrior representing the Earth. When a fellow Yamcha dies in a suicide bomb attack by Saibaiman, Krillin, who is angry, shoots a powerful diffuse energy wave. Except for the one that was missed, this blow killed Saibaiman. And finally, the desperate battle with Nappa begins. There was also a shocking scene in which Tien Shinhan, who tried to guard Nappa’s attack, was torn off with his left arm with a powerful blow, as the earth trembled when Nappa was holding it. Krillin struggles in a lonely army while Chaoz who self-destructed, Tianjin rice exhausted by Qigong gun, and Piccolo of the rope of reliance also faint. While saving Gohan’s predicament, he moves away from Nappa with a light movement. Vegeta, who saw Krillin’s nimble and acrobatic evasive movements, frankly praised him, saying, “Well! Only the movements are pretty good.” In addition, Krillin shows off a new technique called “Ki-en-Zan,” which cuts substances like a sharp cutter, giving off a disc-shaped feeling. When Nappa saw this and tried to take it as “It’s a crap technique!”, Vegeta shouted “Nappa!” And avoided a direct hit. Without this Vegeta’s quick advice, Krillin could even have defeated Nappa. From the perspective of Vegeta, who boasts overwhelming ability, Krillin would have been a trivial existence. It was a scene where I felt that Vegeta was appreciating Krillin’s fighting sense as it was from the fact that he bothered to praise the movement of such earthlings and told his friends about the danger of the technique of Kien-Zan.

The last thing I would like to introduce is not the opponent who fought, but the scene where Goku, an ally, relied on Krillin. Goku, who aimed at the spirit of rebirth in a deadly battle with Vegeta, is attacked by Vegeta on the verge of being released. Furthermore, when Vegeta, who is in a state of a great monkey, squeezes her body and sees the tattered Goku being hurt, Gohan gets angry. Vegeta, whose tail was cut off by Yajirobe, has returned to its original form and fought a fierce battle with Gohan. Meanwhile, dying Goku calls Krillin and entrusts him with the collected spirit balls. Krillin, who was handed the energy gathered from all over the earth, was suddenly entrusted with the “control of the energy” to create the spirit ball. At this time, Goku told Krillin, “Please do your best.” and “You can’t control this spirit with Gohan.” Asked him to play a crucial role. And in response to Goku’s expectations, Krillin succeeded in creating a splendid spirit ball in the actual performance. It was a scene in which Krillin also responded to Goku’s trust by trusting him to play a major role because he knows Goku’s ability to skillfully manipulate various energy waves. As mentioned above, there are scenes where various strong men evaluate the fighting sense, and Krillin has been trusted by Goku, who has a long relationship with him. It may not be the strongest warrior in the story, but it is definitely a charming character who plays an important role in the key points of the story and keeps an eye on its activity.