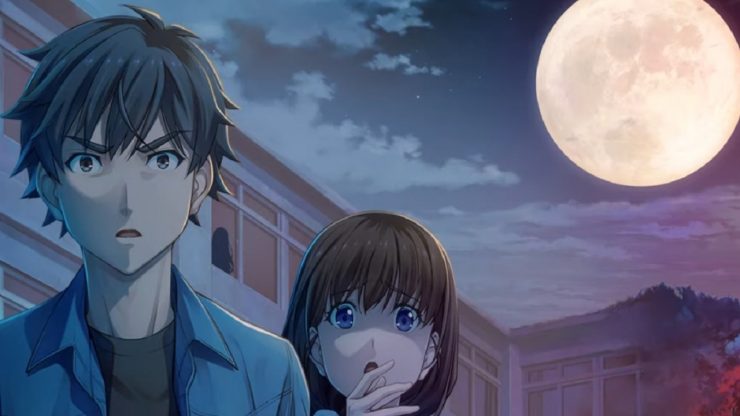 Once again Nintendo surprises us, rescuing games from the past and giving a new look so that the new generation has the opportunity to play incredible games that have made history on consoles.

After The Legend of Zelda: Link’s Awakening and Ghosts’ n Goblins Resurrection, and even more current games like Let’s Go Pikachu, Let’s Go Eevee, and New Pokémon Snap, now Nintendo brings remastered versions of two titles that have been released to the Nintendo Switch first on the Famicom Disk System and later on the Super Nintendo, being released exclusively in Japan.

The titles are volume 1: Famicom Detective Club: The Missing Heir and Volume 2: Famicom Detective Club: The Girl Who Stands Behind. The remastered versions were released on May 14, 2021, on Nintendo eSHOP. The games are translated into English, keeping the dubbing in Japanese. The graphics, sound effects, and music have been fully optimized, however, the player can choose the original 8-bit soundtrack.

Both games were released on May 14, 2021, so let’s start talking about them in the form of a Visual Novel, starting with the first volume.

The story begins with a man named Amachi, finding the protagonist lying on the ground near a cliff. The protagonist is rescued and welcomed by Amachi, and during conversations, he discovers that he has lost his memory. With much effort and encouragement, our protagonist manages to recover and thus decides to return to the accident site. Upon arriving at the cliff, we saw a mysterious girl waving at the top, and when she descends from there she introduces herself by the name of Ayumi Tachibana. Ayumi is an assistant detective who investigates the death of Kiku Ayashiro. The investigation extends to the Ayashiro family lands in the village of Myoujin.

The Ayashiro family owns large areas of land that are passed down from generation to generation. Upon arriving at the site, we discovered an old saying that makes us even more suspicious that the place may have a connection with the murder in which we investigated. The saying goes: “In this village, the dead will come back to life to kill anyone who tries to steal the Ayashiro family’s treasure.”

Throughout the plot, as we further investigate the village, we have the tragic discovery of the terrifying link between this saying and the serial murders that are taking place, and even the death of Kiku Ayashiro.

The Girl Who Stands Behind

In fact, the second game is a “Prequel”, that is, it is a sequential work that narrates the origins of the story.

The story of the game begins with the protagonist, a 15-year-old boy running around the schoolyard in despair, feeling persecuted. Two cops are right behind the boy. The panicked protagonist bumps into a mysterious man when turning in an alley. The quiet man, in fact, is a respected detective, who thus informs the police that he will deal with the situation, and leave the boy in his care. Soon, the detective then takes the protagonist to a coffee shop to reassure him and to talk for a while. Gradually, talking and analyzing the situation, the detective introduces himself as Shunsuke Utsugi, a private detective. Before leaving the cafeteria, the detective convinces us to be his assistant and to accompany him in his local investigations.

The game’s narrative basically takes place at a school, it all started when student Shinobu Asakawa mysteriously disappeared. By coincidence, the murder of Genjiro Kaneda was also recorded at that time. Throughout history, we discover that rumors mentioning ghosts and unexplained apparitions have spread throughout the school. Investigating, we found that Ms. Hayama, a school teacher, started spreading these rumors and creating stories based on these paranormal phenomena.

It is up to the protagonist to remain firm in the investigation of disappearances and murders, in order to assimilate what is reality and fiction in the midst of so many suspicious characters in a school environment.

Now let’s understand the mechanics of the game
In the Famicom Detective Club, the player interacts with the world and with people based on choices through a menu, which offers options such as Ask, Examine, Take, Show, and Go. When you chat with a character, a dialog is displayed with a message box at the bottom of the scene. Remembering that all the commands are not always available, they vary according to the situations that our protagonist is experiencing. The focus of the game is an investigation, but throughout history, at different times, we are also investigated by characters who are intimidated or are curious about our presence, so we are often surprised by questions, where our answers directly influence the progress of the story.

The graphic quality of the game is impeccable, it jumped from 8 bits to beautiful landscapes and well-designed characters, which makes you feel like you’re inside an anime.

Unlike the original version of the 80s, which had more static scenarios and characters, the remastered version shows a lively and dynamic environment, because during the dialogues and investigations there is always someone in the background or elements of the scene that arouse our curiosity and even manage to get us out of focus on our goal.

The soundtrack is very robust and matches well with each situation we experience in the game, giving an even more dramatic atmosphere to the narrative.

The games guarantee hours of investigation and tension that do justice to the original game, and now we can count on all the improvements and portability that only the Nintendo Switch could offer, and from my own experience, I tell you, it was a unique experience to play this visual novel in the middle of the daily routine.

Famicom Detective Club: The Missing Heir and The Girl Who Stands Behind are incredible works mainly to arouse the nostalgia of players who had access to the first version. The new generation also has this opportunity to experience how the plot of games was developed in times of low resources, in a new guise. The dialogues that make us rethink our choices place the player in moments of moral or non-moral perception. Increasing our immersion in the game’s plot. Evidently, the game wanted to innovate without losing its essence, which can be strange for new players and not understand the mechanics. Finally, as I mentioned above, the game will take hours of gameplay to pass the time and be a good investigator.