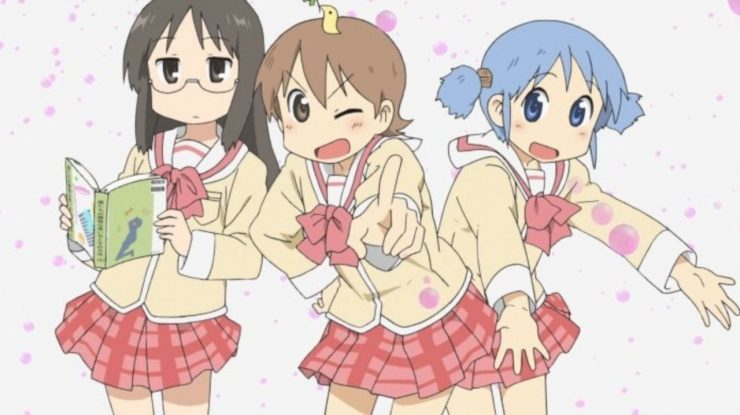 Sentence: Itachi Utada The gag manga Nichijou by Keiichi Arai, which depicts the surreal daily life of characters with rich individuality. Currently Amazon Prime video in, you can watch cartoons all 26 episodes. From the title name, I wonder if I can get a glimpse of the ordinary daily life of the characters. Once you see this work, everyone will surely think like this. It’s too extraordinary. Amazon Prime Video recommended anime/movie summary. Check out popular works at Amapura Suzumiya are familiar Kyoto animations. The anime series began on commercial TV in April 2011, and in January 2012, the following year, a total of 12 episodes of the director’s cut version were broadcast on NHK’s E-tele. By the way, in June of the same year, it was rebroadcast on E-Tele again.

If you think of such an anime Nichijou in one word, it’s an absurd gag anime that loses. First of all, the main characters of this work are Yuko Aioi who attends a fixed high school, her classmates, and the robot Shinonome who lives at the Shinonome Research Institute. the self-styled 8-year-old girl, the Doctor, is the cat of Sakamoto (Mr.). At this point, I’d like to put in various tsukkomi such as robot? And self-proclaimed 8 years old? Because the main story is more surreal and chaotic, there is no end to it if you keep going. For example, in Daily Life 5 recorded in the second episode, Yuko’s classmate Mio NaganoharaIn the development that oversleeps in the morning. When I hurried out of the house, a person wearing a bear’s headgear stood in front of the house for some reason. At first, she passed by without paying attention, but after a while, she screamed, I mean. it was amazing! Moreover, from behind, the bear chased at full speed and asked, Oh, I’m sorry. Did you drop the Mokugyo Daruma? In addition, high school boys who go to school with goats have appeared, and Maitreya Bodhisattva is in the teacher’s shoe box. This work is filled with eccentric bokeh, such as a god of death suddenly appearing in the town and constantly asking Tell me about KY. At first, a question mark may appear on the viewer’s head, but it’s okay! As I keep watching, this tempo should become addictive before I know it. There are times when it can be said to be the height of preciousness, and the 16th episode is especially famous among fans as a god. Yuko’s words to Nano who desperately hides as a robot, are. It was certainly the moment when the distance between the two was shortened. If you are interested, please take a look at their every day. The distribution information of Amazon Prime Video is the one at the time of article production. Amazon Prime Video recommended anime/movie summary.