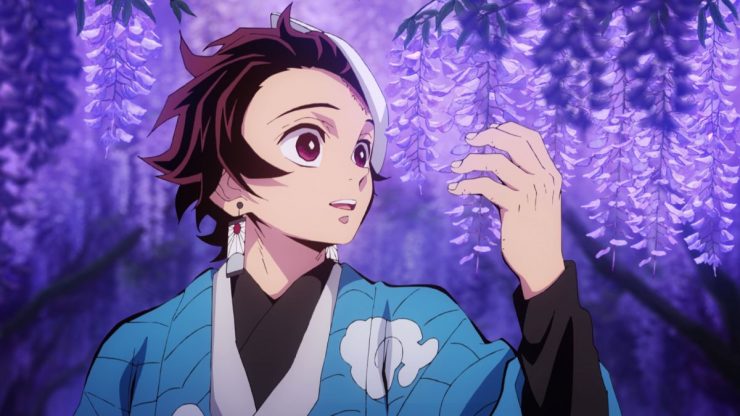 Those who enjoy Japanese anime know what to expect from the animations. It’s a different kind of production than Western Disney – style animations – they are loaded with highly dramatic emotions and don’t necessarily focus on a closed, linear story, but rather on building challenges and adventures so that your characters’ mission is constantly put in check. It is something like what happens with most of the series of anime Japanese, which when making success – and many of them do – win extensions in feature film format. This is the case of the series ‘ Demon Slayer ‘, which premieres its movie ‘ Demon Slayer ‘ in Brazilian cinemas.- Mugen Train: The Movie ‘.

Tanjirô ( Natsuki Hanae, in the original Japanese dubbing ), Zenitsu ( Hiro Shimono ), and Inosuke ( Yoshitsugu Matsuoka ) run to catch the train on the platform that is already leaving towards the city of Mugen. They need to find out which wagon is Kyôjurô ( Satoshi Hino ), a powerful master. However, the trip is quickly threatened by the presence of terrible demons that invade people’s sleep and imprison them there, in happy memories that they do not want to give up, while their bodies are threatened with death inside the car. Therefore, Tanjirô you will have to learn how to master your own strength in order to protect all passengers on the train.

Firstly, ‘ Demon Slayer – Mugen Train: The Movie ‘ is a product made with fans of the series in mind. That is, if you are silly and decide to watch this film, you probably will not understand some key points of the plot because it is built directly with elements of the anime. Not that the feature is incomprehensible, of course not. But it impacts in a much more intense way on the kids who are a fan of the trio of demon hunters.

Dramatically, it must be said that ‘ Demon Slayer – Mugen Train: The Film ‘ is extremely dramatic, in the same way, that it is extremely exaggerated. At the same time that his characters have outbreaks of infantilism (which attracts the pre-adolescent public), at the same time he has very heavy scenes for these kids (which justifies the 16-year-old classification).

With a youthful appearance – since the characters are very young age groups, although they deal with themes of adult responsibility -, the script by Koyoharu Gotouge, based on the manga ‘ Kimetsu no yaiba’, is elaborated in four arcs that develop in almost two hours long. The first three are interconnected by a very coherent linear story – the protagonists’ adventure in facing the demons that threaten the train – however, when we think the film is ending, a new arc appears with the appearance of a new character that embarks the plot in another direction, leaving it open because, as we said, the feature is part of the universe of the series.

In other words, ‘ Demon Slayer – Mugen Train: The Movie ‘ is like a super-extended episode of the anime: it works better as an OVA than as a movie. But fans will enjoy every moment in the cinema, no doubt, because the feature is filled with amazing battles and incredible blows that fill the screen with lots of colorful light and brightness.