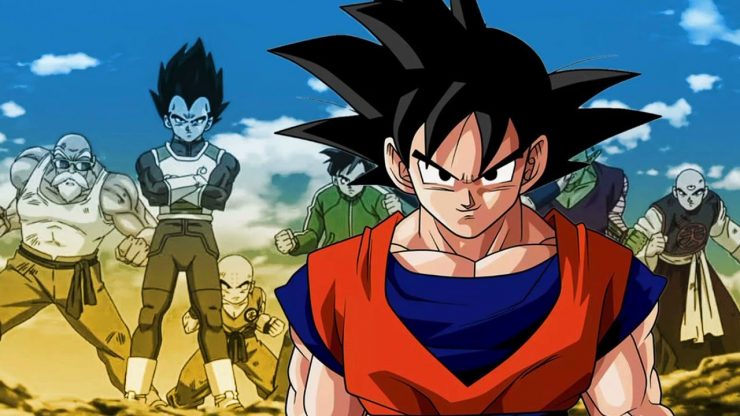 “Dragon Ball Z” is an unmissable anime, straight from Akira Toriyama’s “Dragon Ball” manga series. And to honor this cult work, we have decided to come back to five anecdotes, which will make you see the anime differently. Be careful, you may be surprised!

Dragon Ball Z is an anime that takes place five years after Son Goku and Chichi got married. Both are parents of Son Gohan. But everything will change when Raditz lands on Earth to find his son, Son Goku. An atypical story, of which we reveal the best-kept secrets.

1. The meaning of the names of the characters
Dragon Ball Z is an anime adaptation of Akira Toriyama’s Dragon Ball franchise. And the latter had fun naming his characters, because they bear, in Japanese, the names of popular Asian dishes or foods. For example, Sangoku is called Kakarotto in the original version, which means “carrot” in French. It is probably for this reason that he wears orange outfits. Broly on the other hand means “broccoli”, Gohan can mean both “cooked rice” or “the meal”. As for Vegeta, we can translate his name by “vegetable food”.

2. French broadcast of the anime
Dragon Ball Z landed in France on December 24, 1990, in the program Le Club Dorothé e. And you should know that the anime was censored because of its violence, therefore the French audience could only see the version with cuts. But that did not prevent some parents from being outraged by the violence. The programming was therefore stopped a year before the closure of Club Dorothée. It must be said that in the 1990s, animes were often controversial on TF1.

3. A forgotten character
There are hundreds and thousands of characters in Dragon Ball Z. So it takes a great memory to remember all of them. Unfortunately, that of Akira Toriyama, the creator of the anime and of Dragon Ball in general, did him false good. Indeed, he completely forgot the existence of the character of Lunch (Anglicism which also means “lunch”, another story of meals). It is for this reason that it has disappeared from circulation in history. But in the manga, she appears stealthily at the end during the fight between San Goku and Boo.

4. Vegeta was not to be the main character
It’s hard to imagine Dragon Ball Z without Vegeta and yet. Initially, he just had to be a villain killed after a few issues. But this character convinced the fans so much that he stayed longer, and is now very popular with the public. Moreover, they are the ones who asked the production to keep Vegeta, and the teams have therefore done well to listen to their fans.

5. The voice actors have lost consciousness several times
Lending your voice to an anime or TV character can be difficult and overwhelming. The voice actors from Dragon Ball Z will not tell you otherwise. Seán Schemmel, who lends his voice to Goku in the American version, has repeatedly confided that he fell in love with long roaring cries during the fight scenes, which could sometimes last up to 5 minutes. Add to that the sore throats and the loss of voice from screaming.