Three voice actors get married and co-star with a married couple In some cases, the characters are in love with each other! ?? 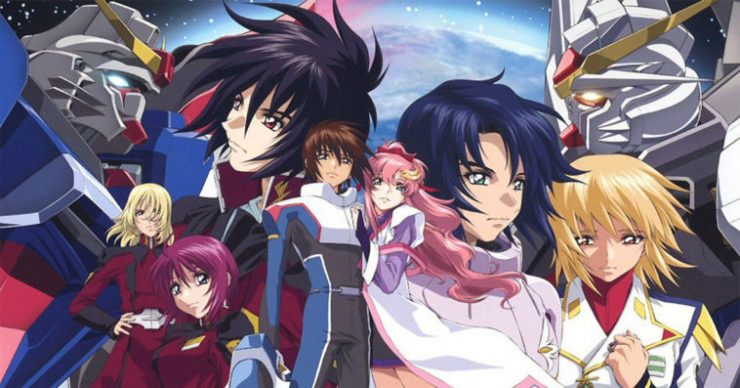 It is not uncommon for people in the same industry to get married in the voice actor industry. Especially in recent years, many reports of marriages between famous voice actors have become a hot topic. Some couples are talking to each other in the same work, or they are in love with each other in the work. In this article, we will introduce three animations in which voice actors got married. Even on SNS, it has a reputation as “I want to hear the curse for the rest of my life” and “The coolest couple in the world”.

“Mobile Suit Gundam SEED DESTINY” is an anime work of the “Mobile Suit Gundam” series produced as a sequel to “Mobile Suit Gundam SEED”. In this work, Kenichi Suzumura, who played the main character Shinn Asuka, and Maaya Sakamoto, who played her lover Lunamaria Hawke, are the couple. The time is 70 years of CE (Cosmic Era). The battle between the Zaft Army and the Earth Alliance Army has come to a ceasefire treaty at great cost. However, the conflict between Natural and the coordinator has not completely disappeared, and the Earth Alliance forces invade the Orb Union Emirate. In the battle, Shin loses his parents and sister in front of him. Shin, who evacuated from the Orb in sadness, crosses over to the plant, which is a space colony and joins the Zaft Army. Meanwhile, Athrun Zala (CV: Akira Ishida)) Was the guard of Cagalli Yula Athha (CV: Naomi Shindo), who became the chief of the Orb, and Kira Yamato (CV: Soichiro Hoshi) lived quietly in the Orb? The fate of the three people began to move in the wake of the robbery of the new mobile suit “Gundam” by a mysterious group. Mr. Suzumura and Mr. Sakamoto were married in 2011. In this work, which has been broadcast since 2004, Shin and Lunamaria, who play the two, are in love with each other. There is also a kissing scene of Shin and Lunamaria in the work, and there is a rumor that Mr. Sakamoto was embarrassed at that time and could not see Mr. Suzumura. Even after co-starring in this work, the two co-starred with “Ouran High School Host Club” and the movie version “The Garden of Sinners”, and played the role of a married couple in the movie version “The Garden of Sinners”. The two who are close to each other are called “Oshidori Married Couples”, and the lines of Lunamaria in the game “Super Robot Wars UX” even imitate the comments of Mr. Sakamoto’s marriage report. Even recently, Mr. Suzumura has appeared in “Godzilla SP” and Mr. Sakamoto has appeared in Godzilla-related works with the movie “Godzilla vs. Kong”, showing that both public and private are in harmony. This work can be seen at “d Anime Store”, “U-NEXT”, “Bandai Channel”, etc.

“Attack on Titan” Park Romi & Kazuhiro Yamaji “Attack on Titan” is an anime based on the manga of the same name (written by Hajime Isayama / Kodansha), and the original is a huge hit with a cumulative circulation of over 100 million copies worldwide. It is work. In this work, Park Romi, who plays Hange Zoe, the fourth squad leader of the Investigation Corps, and Yamaji, who plays Kenny Ackerman, the captain of the anti-personnel control unit. Kazuhiro Yamaji is a couple. Eren Yeager (CV: Yuki Kaji), a boy who lives in the “Shiganshina district” surrounded by high walls on all sides. The wall protects people from the giants outside and is over 50 meters high. Ellen lived in peace with her childhood friend Mikasa Ackerman (CV: Yui Ishikawa), while admiring the outside world. However, one day, a giant outside suddenly kicked the wall and invaded the Shiganshina District. As the giants invade one after another, Ellen runs to her home to help her mother. Hannes (CV: Keiji Fujiwara) of the garrison evacuates with Ellen and Mikasa when she sees her mother who was already under the house. Park and Yamaji reported their marriage in 2020. This work has been broadcast since 2013, and Kenny played by Mr. Yamaji has appeared from the third period of the 2018 broadcast. In addition, the two who are widely active co-star in many other than anime. He has also co-starred in the game “Granblue Fantasy” and the stage “Death and the Maiden” and “Sakebi”. Especially, the stage “Sakebi” in 2019 was a two-person play by Mr. Park and Mr. Yamaji. The marriage report was made on Twitter and the official blog on the same day, and the marriage of the two big names made me feel like “Square and Enix merged ?!” “Bandai and Namco!?!?!” So … “, a surprised voice came up on SNS. This work can be seen on “d Anime Store”, “Amazon Prime Video”, “Netflix”, etc.