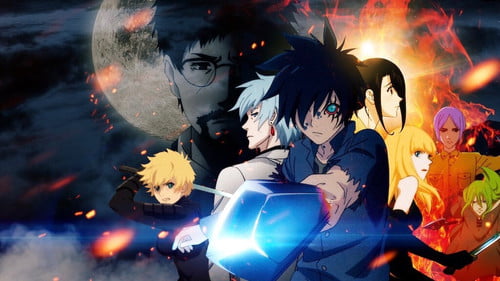 Konami Digital Entertainment Co., Ltd. is holding a collaboration event with the popular anime “Farewell, My Duck” (Original: Naoshi Arakawa) on the theme of women’s soccer in the mobile game “Live Powerful Soccer” (hereinafter “Power Saka”). We would like to inform you that it started on Tuesday, November 11th.

In the collaboration event “Confrontation! Wallabies!”, We will confront the Warabi Seinan High School Women’s Soccer Club, commonly known as “Warabeads”, in success mode! Play the event and get the highlight rewards!
In addition, to commemorate this collaboration, we will also carry out a selective login bonus.
Please enjoy “Power Saka” filled with the charm of “Goodbye My Clammer”.
Collaboration event “Confrontation! Wallabies!” Outline In
the success mode to train original players, Warabi Seinan High School Women’s Soccer Club, commonly known as “Warabies”, will participate as an opponent! Collect the “pieces” that will be given according to the result of the match, and complete the picture with the character of “Goodbye My Clammer”. Every time you collect 10 pieces, you will get a gift, and if you complete the picture, you will get an additional special reward.
◇ Period: May 11th (Tuesday) -May 24th (Monday), 2021 13:59

Characters appearing
■ Nozomi Onda An
MF creates a large number of scoring machines with excellent dribbling technology and pass sense. Although she is a fearless jersey with boss skin, her creative play attracts viewers regardless of enemy or ally.

■ Suo Sumire
An FW with overwhelming speed, you can’t stop at first glance. The number of words is small, but the mouth is bad. At first glance, it looks cool, but he hates to lose and has a hot side. It looks like this, the daughter of the temple.

■ Midori Soshizaki
An excellent midfielder who makes games while making good use of his surroundings with a long and short skillful pass, his ability is about to be the third in the whole country in junior high school. There is an otaku side, and due to the influence of anime, he sometimes speaks with Tosa dialect.

■ Yasuaki Tani
A defender who devotedly supports the defense of the team with strong physical strength and an abundant amount of exercise. A hard worker who practices more than anyone every day to get a girl who once taught soccer to recognize her ability. A new “club activity” story drawn by Naoshi Arakawa, the author of the

anime “Farewell, My Duck” and
“Your Lie in April”. The stage is women’s soccer!
High school girl soccer player Nozomi Onda. After taking on the challenge of playing in the men’s soccer club at Fuji Daiichi Junior High School, she
joined the long-awaited women ‘s soccer club at Warabi Seinan High School. However, it was a weak elementary school that “stopped the local tournament all the time” !? However, there are new members of the individuality group in Warabi Seinan. Sumire Suo, the fast-paced wing, Midori Soshizaki, the third-ranked junior high school student in Japan, and Naoko Nomi, a former Japanese national team legend, have joined the coach! Nomi sets the best practice match for their first match. The other party is Kunogi Gakuen, the best high school in Japan! In front of the powerful teams that appear one after another, Warabi Seinan confronts his friends ──! I really like soccer, whether I’m alone, not understood, or compared to boys. The pinnacle of football that the innocent eleven that I met to meet. Now, the girls run through the future of women’s soccer <field>!

“Jikkyo Powerful Soccer” is based on the training game “Success”, which is familiar in the baseball game “Jikkyo Powerful Pro Baseball” (PowerPro) series, and the game engine of the soccer game “Winning Eleven” series, both of which have continued for more than 20 years. This is a soccer player training game presented by two sports games in a tag.