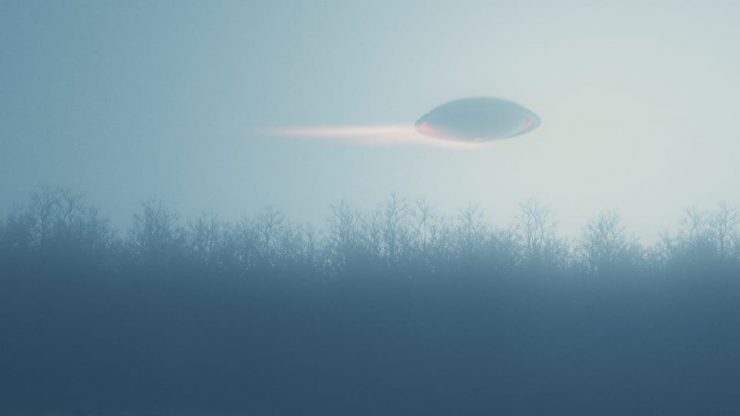 Something extraordinary was revealed today. Former high-level officials and scientists with deep black experience who have always remained in the shadows came forward on one platform. These insiders have long-standing connections to government agencies which may have programs investigating unidentifed aerial phenomena (UAP/UFOs). The team includes a 25-year veteran of the CIA’s Directorate of Operations, a Lockheed Martin Program Director for Advanced Systems at “Skunk Works”, and a former deputy Assistant Secretary of Defense for Intelligence.

Today marked the official launch of To The Stars Academy of Arts & Science (TTS/AAS) an innovative Public Benefit Corporation which will advance research into unexplained phenomena and develop related technology. It has established three synergistic divisions: Science, Aerospace, and Entertainment. “We believe there are discoveries within our reach that will revolutionize the human experience,” says company President and CEO Tom DeLonge. Please see my previous story,- released yesterday – for background on today’s announcement which was live-streamed and is archived on the company website.

This could represent the beginning of a trend towards a new openness on the part of the U.S. government. These people know more than any of us, and they will be releasing important data on UAP in the future. As an investigative reporter with a long-standing interest in this subject, who has worked with a few Academy team members in the past, I was shown some of this data at a meeting with them on Oct 4.

Present for that four-hour meeting was Luis Elizondo, who ran an important program at the DOD. Elizondo is a senior career intelligence officer whose experience includes working with the U.S. Army, the Dept of Defense, the National Counterintelligence Executive, and the Director of National Intelligence. He served as the Director for the National Programs Special Management Staff in the Office of the Secretary of Defense. He is also the former Director of Programs to investigate Unidentified Aerial Threats for the Office of the Secretary of Defense.

“Lue will architect partnerships with some very sensitive places, to help protect us and the technology involved, so we may achieve for you the extraordinary,” DeLonge said at today’s event.

Lue [the “nickname” for Luis] had resigned his position at the DOD literally the day before we met. I was able to verify who he was and what his tasks were at the Pentagon. He received the highest commendations from his superiors. I was told that important unclassified data and documentation are expected to be released through the Academy’s on-line Community of Interest (COI) in collaboration with the US government, which will be set up soon.

I asked him if these unidentified objects were considered to be threats. “They did not exhibit overt hostility,” he said. “But something unexplained is always assumed to be a potential threat until we are certain it isn’t. On the bright side, I believe we are closer than ever before in our understanding of how it operates,” he told me.

At the event today, Elizondo explained his work this way: “I am accustomed to being involved in close-hold, nuanced programs involving national security. This includes being a Counterintelligence Special Agent, a case officer, and intelligence practitioner. However, by far the most interesting effort I was involved with was the topic of Advanced Aerial Threats.”

He stated that he ran “a sensitive aerospace threat identification program focusing on unidentified aerial technologies.” His job at TTS/AAS will be “to work as a liaison and interlocutor in the collection of this information for the Science division, allowing us to collect facts for analysis.” How will this be done? One way is through the COI, which will “provide a platform for the detection and triangulation of phenomena events in real-time, and allows two-way communication between the public and our team regarding this information.”

In short, less than two weeks after leaving the Pentagon, Luis Elizondo confirmed that UFOs are a real; they exist, and they have been officially documented. Can anyone argue with this fact now, given where this man comes from and what he knows?

A former high ranking DOD official – who only left his position last week – has confirmed that an official UFO Program exists, answering a question so many have debated and speculated about for decades.

It is very important to understand that Lue does not speak for the DOD since he is no longer employed there; he speaks independently as part of the TTS Academy.

Lue also stated: “We are also planning to provide never before released footage from real US Government systems…not blurry, amateur photos, but real data and real videos.” And even more significant: “We are inviting our Government colleagues and friends in Defense to participate regularly with their own findings.”

Another member of the team, Stephen Justice, an experienced aerospace engineer, explained that he will use scientific discoveries about the travel of UAP through space, demonstrating almost unimaginable technology, to develop technology that can change the world. Steve recently retired as a Program Director for Advanced Systems at Lockheed Martin after a thirty-one-year career in the Skunk Works. “How dare we think that the physics we have today is all that there is,” he told me in an interview a few days ago. The opportunity here, as he sees it, is to “stand in the future and look back.”

Steve’s objective is to harvest this advanced technology to build a vehicle that will allow for almost instantaneous travel through land, air, oceans and space, by engineering the fabric of space-time. Such a vehicle could also float, like something from science fiction. Steve says we have had glimpses of the science that could make this possible. It is not outside the realm of possibility if the necessary resources are in place.

A TTS Academy concept for a vehicle drawn by Stephen Justice, embodying the technology they seek to understand and develop – a visionary concept for a revolutionary electromagnetic vehicle based on technology observed in unidentified aerial phenomena
TTS Academy member Chris Mellon served as Deputy Assistant Secretary of Defense for Intelligence for two administrations, and early in his career drafted the legislation that established the US Special Operations Command at a time when terrorism was not yet on the radar. He presented an overview of a 2004 incident involving the aircraft carrier USS Nimitz which was detected on two separate radars.

“Two F-18s approaches, the four aviators see that the object has no wings or exhaust — it is white, oblong, some 40 ft long and perhaps 12 ft thick”, he said. “One pilot pursues the craft while his wingman stays high. The pilots are astonished to see the object suddenly reorient itself toward the approaching F-18. In a series of discrete tumbling manoeuvres that seem to defy the laws of physics, the object takes a position directly behind the approaching F-18.”

The lengthy event occurred in broad daylight off the California coast, and gun camera footage was taken. At one point the object went from hovering at 80,000 feet to dropping at supersonic speeds and came to a complete stop at 50 feet above the ocean. “More F-18’s are dispatched but with similar results,” Mellon stated. “The secret machine easily evades the F-18s. Dozens of military personnel aboard the various planes and ships involved are privy to these interactions.”

Tom DeLonge’s final message today sums up the position of all involved: “No one person, one government, or one hidden institution should own this information and technology.”

The TTS Academy intends to release game-changing information of the type interested people have been seeking for a long time. “The fact is, we might not necessarily be alone,” Luis Elizondo says. “Now is the time to move forward and try to answer some of life’s deepest mysteries.”