Today, in this article we will be talking about All About Marvel’s First Animated Series “What If..?”. It is an upcoming American animation anthology superhero streaming television series. It is created by A.C. Bradley and it is based on “What If..?” a series of comic books by marvel comics. It is directed by Bryan Andrews and executive produced by Brad Winderbaum and Kevin Feige under the production company Marvel studios and Squeeze.

The music is composed by Laura Karpman whereas the animation is done by Stephan Franck along with his team. It is distributed by Disney Media Distribution whereas it is created to air on its original network Disney+. It will be going to be the first animated series in Marvel. Due to his voice quality and his warm personality, Jeffrey Wright is confirmed to play the role of The Watcher through him we will get to know the stories.

The planning to create this series by marvel studios was going on by March 2019 and later after one month marvel and Disney has officially made an announcement for the series to happen. It was confirmed by the producer Feige that the series will contain a total of 10 episodes. Feige has revealed the cast list in July 2019. Tentative in august, Atwell made an announcement that the voice recording for the series has already been started. The role of Robert Downey Jr. has confirmed by Goldblum in November 2019. During the Covid-19 pandemic, they continued the production remotely whereas all the on-site work which was happening at the Walt Disney studios got suspended. Recently in October 2020, the music composer of the series was confirmed.

Marvel has already announced the duration of the release date of What If..? Though they haven’t provided us with the exact confirmed date they said we can expect it to be released in mid-2021. This series will be part of marvel’s fourth Phase, will consisting of a total of 10 episodes. Before the confirmation of the release date of What If..? season 1, they made an announcement for season 2 as well, stating season 2 will also have ten episodes.

The main cast who will be going to narrate the series is none other than an American actor Jeffrey Wright who will be shown as Uatu or The Watcher. Also, we will be seeing some character as a guest one who is Chadwick Boseman as T’Challa or Star-Lord, Hayley Atwell as Captain Peggy Carter, Michael Douglas as Hank Pym, Josh Brolin as Thanos, Dominic Cooper as Howard Stark, Chris Hemsworth as Thor, Karen Gillan as Nebula, Sean Gunn as Kraglin Obfonteri, Tom Hiddleston as Loki, Jeff Goldblum as Grandmaster, Samuel L. Jackson as Nick Fury, Djimon Hounsou as Korath the Pursuer, Michael B. Jordan as Killmonger, Natalie Portman as Jane Foster, Toby Jones as Arnim Zola, Neal McDonough as Dum Dum Dugan, Paul Rudd as Scott Lang, Jeremy Renner as Clint Barton, Mark Ruffalo as Bruce Banner, Michael Rooker as Yondu Udonta, Taika Waititi as Korg and Sebastian Stan as James “Bucky” Barnes, etc.

This animation series basically will be narrated and we can explore what would happen if we will see the role changing in the Marvel Cinematic Universe and see all the major moments occurred differently. We will see, if certain events had occurred differently, then how the MCU would be, like changing the scenarios and roles.

Sometime back, some rumor was out that each episode will focus on one film, but that wasn’t true as later Bradley clarified that the multiple characters and films will be there in each episode stating their intention to cast as many as characters throughout the season. So, this will be going to be interesting to watch. We hope to get the release date soon. For more such updates, stay tuned with us. 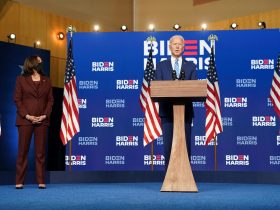