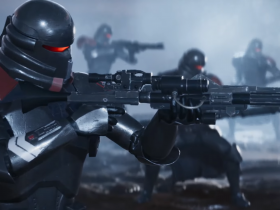 Today in this article, we will be talking about The Last Duel. It is a 14th Century historical drama –thriller film. It is based on the very famous book written by Eric Jager named “The Last Duel: A True Story Of Trial By Combat In Medieval France,” which was published in 2004.

The Last Duel is written by Matt Damon, Ben Affleck, and Nicole Holofcener, whereas it is directed by Ridley Scott and produced by Kevin J. Walsh, Jennifer Fox, Nicole Holofcener, and Ridley Scott. The cinematography is done by Dariusz Wolski and produced under the production companies Pearl Street Films, Scott Free Productions, and TSG Entertainment, whereas it is distributed by 20th Century Studios.

The film project was in discussion since 2015. Even Francis Lawrence and Shaun Grant were planning to direct and write the screenplay, but later it gets stopped, and film rights eventually lapsed. Later after around 4 years in 2019, the project once again got in an announcement, and in July 2019, the director, writer, and the main start cast were finalized and announced. After the cast and crew got finalized, in February 2020, the filming has begun in Dordogne, France. The filming continues till 12th March 2020 in Burgundy, France, with a total of 300 crew members along with 100 extra. Disney has announced on the next day, on 13th March 2020, that they need to stop and delay the shooting due to this ongoing Covid-19 pandemic as the safety of crew and cast members, even the traveling was restricted to Europe. Later in September 2020, shooting got resumed, and production concluded on 14th October 2020 in Ireland.

If shooting got done as per the planned dates, then we could have got to see the movie in 2020 only, but as shooting got delayed due to the corona pandemic, the release date has also been postponed. The earlier movie was scheduled to be released on limited theatres on 25th December 2020 and later wide on 8th January 2021, but to the covid-19 pandemic, it got shifted to late 2021. Now, the movie is scheduled to be released on 15th October 2021.

The cast has been confirmed before the movie got started with shooting till early February 2020. The main cast who will be playing a role in The Last Duel is Adam Driver as Jacques Le Gris, Ben Affleck as King Charles VI, Matt Damon as Jean de Carrouges, Harriet Walter as Nicole de Buchard, Jodie Comer as Marguerite de Carrougues, Sam Hazeldine as Thomin du Bois, Nathaniel Parker as Sir Robert D’Thibouville and Michael McElhatton as Bernard Latour, etc.

The movie shows 14th century France. As per the book by Eric Jager, it is a story of two best friends named Jean de Carrouges and Jacques Le Gris. Marguerite de Carrouges is the wife of Jean de Carrpuges, and as per her, she got raped by Le Gris. Later in the movie, Carrouges accuses Le Gris of raping his wife. Now, we will get to see whether that accusation of rape, which was imposed by carriages wife is true or false. All you get to know when you actually see the movie. So overall, the book was well written, and now everybody is waiting to see the audiovisual version of the same on-screen. We do hope the movie will do justice to Eric Jager’s book and engage the audience fully. For more such updates, stay tuned with us.