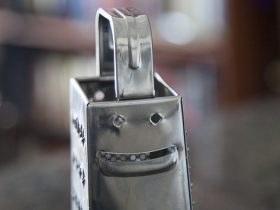 What is Pareidolia and Why is Everyone Talking About It?

Today we will be talking about Sophie Turner To Voice Princess Charlotte In HBO Max’s “The Prince”. Sophie Turner is an English actress who is specifically known for the role in HBO tv series “Game Of Thrones” where she played the role of Sansa Stark. She born on 21st February 1996 in Northampton, England. Other than Game Of Thrones, Turner had appeared in many films including 2013 released “Another Me”, 2015 released “Barely Lethal”, and in “X-men Film Series” which runs from 2016 to 2019.

In 2009, Sophie turner got to work on a Game Of Throne which was started filming in 2010. It was the first television role got by Sophie at the age of 14. Being a Sansa, she got nominated for the Young Artist Award for best supporting young actress performance in a tv series. She got famous after the game of throne series.

In 2020, Sophie has appeared on two series named “Survive” as a Jane which was released on 6th April 2020, and  “Home Movie: The Princess Bride” as a Westley which was released on 29th Jun 2020. She is all set for 2021, recently we have heard that Sophie will be giving voice to Princess Charlotte who is a character from “The Prince” series which will be run on HBO Max.

“The prince” is an upcoming American animated situational comedy series. It is created and executive produced by Gary Janetti whereas 20th television and bento Box Entertainment will be a production company. It is created to air on its original network “HBO Max”. It was announced that the Game Of Throne fame Sophie will lend her voice to the character of Princess Charlotte in the series “ The Prince” who is the daughter of Kate Middleton and Prince William and the series is scheduled to be premiered in 2021.

The prince animated series is basically based on the little six-year-old Prince George who is a child of Prince William who is very naughty and makes life hard for his family and the British empire.

After seeing Game Of Thrones, the audience is now waiting to listen to Sophie Turner’s voice in the upcoming animated series “ The prince”. We hope to get the release date soon. For more such updates, keep reading and stay tuned with us.