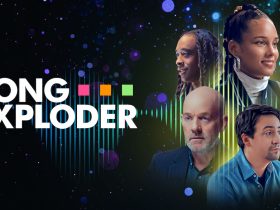 Today in this article we will be talking about the Lightbox, Altitude Set “Diana” Documentary For 2022 Theatrical Release. Diana was a princess of Wales and a wife of Charles who was a prince of Wales. She was a mother of two Prince William and prince harry. Other than princess she was a good soul full of glamour which made her an international icon. She was also involved in many social activities.

Princess Diana was born on 1 July 1961 in Sandringham, Norfolk, England. She was the youngest daughter in the spencer family who got disturbed due to his parents divorced at an early age of princess Diana but she was talented and good at dance, sports, and music. Somewhere prince Charles and princess Diana met and they Charles proposed her to marry and they got married in 1981. While living the journey of her life she died at the age of only 36 on 31st August 1997 in France.

Recently we have heard about the upcoming documentary based on Princess Diana. Lightbox along with Altitude has made the announcement about the documentary. Lightbox is a production company that is based in London and Los Angeles and run by Simon Chinn and Jonathan Chinn whereas Altitude is a film distribution British sales outfit. Lightbox is producing the documentary whereas altitude is handling the global sales on Diana and will be responsible for releasing the documentary in Ireland and the UK. The film is to be directed by the very famous Oscar-nominee Ed Perkens. This film is going to make to mark the 25th death anniversary of Princess Diana and the team is planning it to be released in the summer of 2022.

It will be the first theatrical documentary on Princess Diana, princess of Wales. Altitude is handling the international rights of UK sales and it will release the film in Ireland and the UK in summer 2022. Altitude has already started its work and already pre-sold the film in multiple territories of the theatrical buyers which include, Austria, Benelux, and Germany.

This documentary film will show us the whole picture of the life of Princess Diana and perkens once mentioned, as so many documentaries have made but in this documentary, they will be showing some of the unseen pictures along with some unseen contents which were collected by Lightbox. So this will be sometimes very new to the audience to see.

Princess Diana was actually a princess by heart. Because of her helpful nature and her social activities she was loved by many people. Around 750 million people were there in her marriage with Prince Charles whereas around 2.5 billion people witnessed the funeral on television worldwide. So overall, this upcoming documentary will be something new to watch as they will show some unseen data and reveal some unseen secrets. We hope to get the release date of this documentary soon. For more such updates, stay tuned with us.