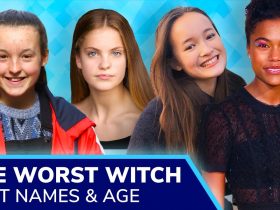 Today we will be talking about Netflix Releases First Look At Adam Sandler’s New Movie With Queen Latifah And Ben Foster. Adam Sandler’s new upcoming movie name is “Hustle.” The story is based on basketball. It is directed by Jeremiah Zagar and produced by Adam Sandler and LeBron James.

Hustle is written by Will Fetters and Taylor Materne, whereas Zak Mulligan does the cinematography. Netflix, along with Roth / Kirschenbaum Films, Happy Madison Productions, and SpringHill Entertainment, is producing it, whereas it is distributed by Netflix.

The planning of the film Hustle started this year. Adam Sandler, who is an American comedian, filmmaker, and actor, joined the cast of Hustle in May 2020. Later American producer, singer, rapper, actress, and story writer Queen Latifah has announced her joining the Hustle’s cast in September 2020. Along with her, after one month in October, some more casts have joined. From October 2020, the filming has been started that to in Philadelphia, with so many scenes have been shot in South Philadelphia, market street, and the Italian market, and they announce that it will continue in Pennsylvania at Coatesville Area High School.

After the Hubie Halloween movie of Adam Sandler, which was released on 7th October 2020, on Netflix, we will be seeing him in the upcoming movie Hustle. As the production has recently started, the first look of the movie Hustle has been posted on Twitter this week in October 2020, showing Adam Sandler along with his co-cast Ben Foster and Queen Latifah. As of now, the date of release hasn’t been declared yet, but as it is started making the end of this year, we can tentatively expect or hope to see it in late 2021 or maybe in 2022.

The whole story is based on basketball. Adam Sandler, along with Ben Foster, Queen Latifah, and Robert Duvall, will play the main characters. The story revolves around the formal basketball recruiter. This recruiter wanted to remake his career, and for that, he tries to make the team and try bringing good basketball players from overseas. He tries to make the team and wants to come back with them to the United States to play in the American men’s professional basketball league, which is nothing but the NBA (National Basketball Association). So, we will be getting to see the whole journey of hunting the good playing, making the team, their training, and the main part basketball competitions.

So, it will be fun to watch basketball competitions. The basketball lovers are already waiting for this movie to be released soon. For more such updates, could you keep reading and stay tuned with us?