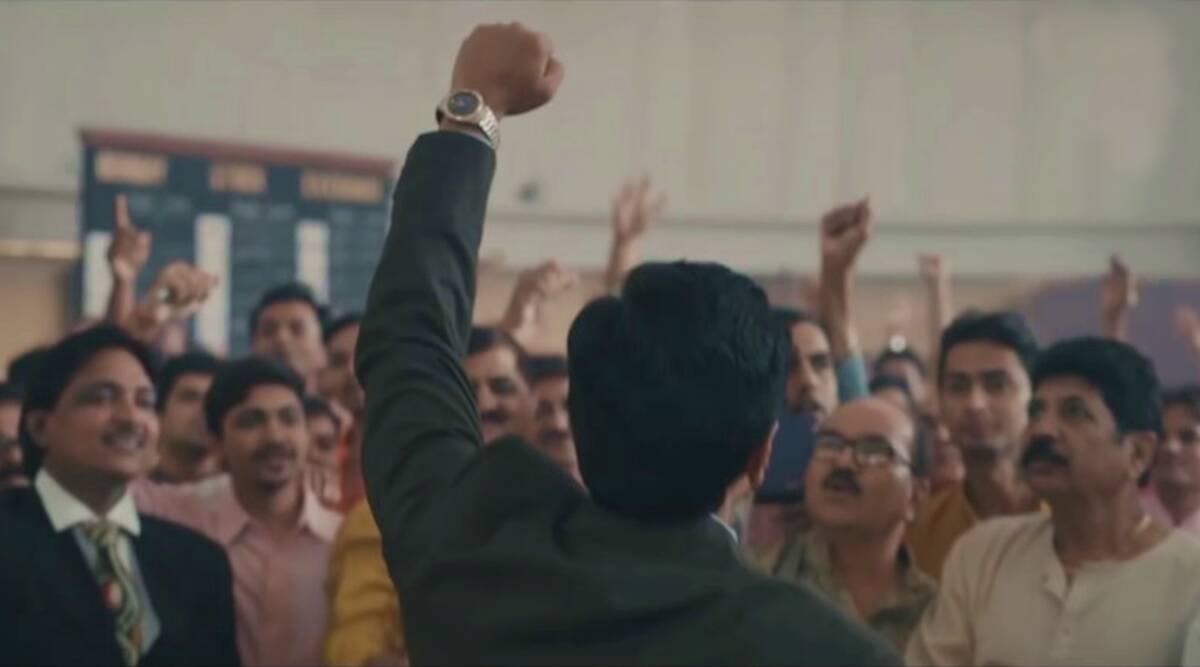 Scam 1992 is a freshly new Indian web series in the Hindi language. It is based on the book written by the journalist Sucheta Dalal and Debashish Basu, The Scam: who won, who lost, who got away. The book is, in turn, based on the real-life scam orchestrated by the stockbroker, Harshad Mehta. The stock market scam took place in Mumbai and was the biggest scam in India. The series was released on 9th October at SonyLIV. The web series has been rated with a whopping score of 9.6 on IMDb. The web series received reasonably positive reviews from critics and audiences.

A very talented Prateek Gandhi plays Harshad Mehta, a stockbroker who orchestrates a whole stock market scam in Mumbai, the biggest the country has ever seen. The other names included in the cast list are Sharib Hashmi, Shreya Dhanwanthary, Hemant Kher, Nikhil Dwivedi, Jay Upadhyay, Kartik Krishnan, and many more.

Harshad Shantilal Mehta, an Indian stockbroker from Gujarat, committed the biggest stock market scam of 5,000 crores INR in the country that crashed the whole stock market as a result. The scam was a systematic stock fraud where inherent loopholes of the Indian financial system were misused. He was convicted for four criminal charges against 27 before his death at the young age of 47 in 2001.

Harshad Mehta was an average young man living in a cramped space with his family in the suburbs of Ghatkopar in Mumbai. After unable to control his desires to do something big, Harshad Mehta, with his smart, quick but dangerous mind, starts with the Bombay Stock Exchange and learns to use it for his own benefit. The absence of digitalization in the era left space for loopholes to be violated and misused by stockbrokers.

Harshad started by working for a big broker where he got deals worth crores for him. Gradually, he starts his own firm and then starts his constant milking out the flawed system with the help of corruption and some smart moves. A journalist named Sucheta Dalal tries to unveil the truth but is stopped by a lack of evidence.

The story becomes too detailed with trying to showcase every little detail of Harshad’s 12-year long life with the stock market. We get excessive exposure to every character associated with Harshad. The series also presents Harshad as a grey character, closer to white, who is victimized and mistreated because of being an outsider.

The significant flaw is that the story misses acknowledging the huge number of innocent people who suffered from Harshad’s activities. In some ways, his crimes were dignified. Apart from this, the series is a treat to watch. The direction, screenplay, and appeal of the story are too captivating. Dialogues are dramatic but suited to the flow of the story.

(this review is written by Shubhangi Jha – a contributor)