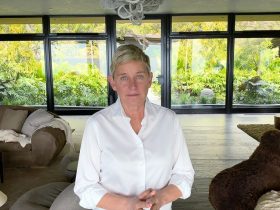 The long-awaited sequel of the original Borat movie is finally here. It took so many years for the sequel to come up, and fans can’t wait to watch the film. Boat and Borat 2 are both American Mocumentary comedy films. The first film named Borat: Cultural Learnings of America for Make Benefit Glorious Nation of Kazakhstan, or simply called Borat, was released in the year 2006. The United Kingdom release was on November 2nd, 2006, while it was released on November 3rd, 2006, in the United States.

The film witnessed both commercial and critical success, and this is the reason why people have been so excited for the sequel having high expectations from the same. However, the film was met with much controversy after the crew members spoke up against it. Additionally, it was banned in almost all Arab countries. Even the governments of Russia and Kazakhstan discouraged the premiering of the film. Almost 14 years later, the film is back with its sequel.

The first film was produced and co-written by Sacha Baron Cohen. It was directed by Larry Charles.

The upcoming sequel of the American Mockumentary is titled as Borat Subsequent Moviefilm: Delivery of Prodigious Bribe to American Regime for Make Benefit Once Glorious Nation of Kazakhstan or let’s just call it Borat 2 simply. It is written by Sacha Baron Cohen, who is also starring in the movie. The movie also features Borat Sagdiyev, who is an antisemitic Kazakhstani TV personality.

Baron-Cohen has stated earlier that he was done with the character of Borat, but since 2019, speculations had been going on about the development of a sequel when he was seen at some locations in his iconic Borat costume. Even in the 2020 pandemic of coronavirus, he was seen filming at some location. Even after being caught filming, no news was released until September 2020 when the release of the sequel was officially announced.

In the month of September, Amazon Studious took over the distribution rights of the movie, and the release date was announced. A trailer was launched on October 1st, 2020, which confirmed the speculations that a number of pranks were filmed for the mockumentary. The promotion event included Baron Cohen’s visit to Jimmy Kimmel Live, where he promoted his upcoming film.

Baron-Cohen also joined social media platforms as his character Borat and commented on the upcoming elections. The comment on American politics was also a part of promotions for the film.

The majority of the critics have recommended people to watch the film and have rated it as entertaining. However, some critics found it not up to the mark and quite boring. The film is all set to release on October 23rd digitally on Amazon.

(this review is written by Shubhangi Jha – a contributor)