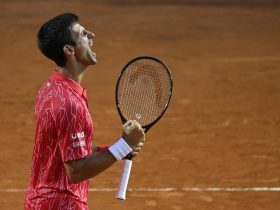 Little mix is the new talent-hunting show. The Search has been a massive hit among fans and with countless contestants enroll on the show, but they were surprised to see the first of the live show’s was not scheduled. Production on BBC one talent show “Little mix the Search” at short notice was postponed after a “small number of people” tested positive for coronavirus.

The makers haven’t revealed the confirmation number or who have tested positive but did confirm that the four members of the UK girl band Leigh-Anne Pinnock, Jade Thirlwall, Perrie Edwards, and Jesy Nelson have tested negative for coronavirus. Little mix was first announced in October 2019 when the band revealed they were on the chase for a new support act to join them in 2021. At 7 pm on 16th October 2020, the series’ first live episode was scheduled to air but has now been replaced.

The famous band Little Mix was formed in 2011 during the 8th season of the ‘The X Factor’ British version. Well, Little Mix was the first group to win the competition. They released a cover of “Cannonball” as their winner’s single.

It is said that a small number of people on the Production have tested positive for covid 19, and they are now self-isolating and following the latest government guidelines. The format of the show has postponed Saturday’s program as the safety of all those involved in the Production is paramount. Coronavirus cases have been rising increasingly in the UK over the last month. Just one day after the news came out that squad members contracted coronavirus and Production was stopped.

Will Little mix the Search be back?

The pandemic has taken down the whole world, and Television is also affected. Plenty of TV shows recently are trapped in this toll of pandemic, and sadly, Little Mix: The Search suffered the same fate. The BBC said they hope the show will return on air on Saturday 24th October. Of course, It will depend on the further condition of coronavirus infections and local restrictions.

Around 2 million viewers tune in to every episode of little mix The Search, that follows the chart-topping pop group as they appear to make their own arena-filling pop group. It’s a ‘battle of the bands’ hosted by comedian Chris Ramsey. They want to make absolute that young talents are looked after properly and get support to achieve their dream.

Leigh-Anne Pinnock, Perrie Edwards, Jesy Nelson, and Jade Thirlwall work to assemble six bands from thousands of aspirants and eventually choose one group to back them on tour. Saturday’s episode, which was due to be filmed on Friday, was scheduled to be the first time the bands had performed head-to-head.

Fans and the participants themselves had been looking forward to the first battle take place, which would secure some of the Top scoring bands a place in the next round. The winning group will get to perform live with Little Mix on their confetti tour, and it is the final prize for Little Mix fans.