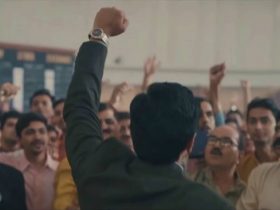 Tyler Perry’s Sistas is a dramatic comedy series broadcasted on BET. The 2nd season of this series had been renewed on May 12, 2020. We will be talking about its release date and other related information here.

Tyler Perry’s Sistas is a Tv series about four single African American women and their life in the 30s. It talks about the unrealistic relationship goals people have in this world of social media and how they juggle their careers, friendships, and complicated love life.

On September 2, 2020, it was announced that the 2nd season of Tyler Perry’ Sistas would be released on Wednesday, October 14, 2020, at 9 pm ET/PT. The production was said to be resumed from July 15 at the Tyler Perry Studio in Atlanta, GA. The shooting of the 22 episodes was completed only in just two weeks, one day ahead of the scheduled day.

The 1st scripted series to resume production during this COVID 19 pandemic in the US were Sistas and The Oval – which completed its shooting two days ahead of the scheduled day. They followed protocols very strictly and made sure the shooting site was completely safe.

The season 1 casts include KJ Smith as Adrea Barnes who is a conscientious attorney who gets into a relationship with a married man knowingly, Mignon Von as Danielle King, who is an abrasive and insensitive airline supervisor, Ebony Obsidian as Karen Mott, who is a hair salon owner who is in a complicated relationship, Novi Brown as Sabrina Hollins who is a bank worker.

We can also see Chido Nwokocha who plays the role of Gary Marshall Borders as the married man in a relationship with Andrea, DeVale Ellis as Karen’s ex – Zac who wants to get back with her even after he was suspected of cheating, Brian Jordan Jr. as Maurice who plays as Sabrina’s gay friend, Kevin Walton as Aaron Carter and Anthony Dalton as Calvin Rodney.

We expect all the main casts of season 1 to return in this upcoming 2nd season.

Tyler Perry’s Sistas will be available on BET and BET Her from October 14 at 9 pm. How do you think the 2nd season might unfold? Let’s look forward to it.