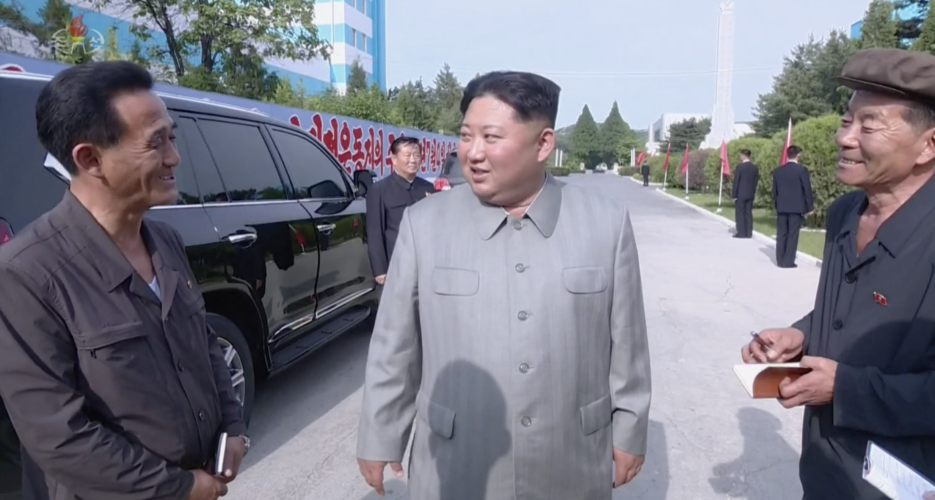 The Democratic People’s Republic of Korea —North Korea,— pariah nation whose brutal dictatorship backed by the tyrannical People’s Republic of China issued a formal apology to Seoul’s government after his murderous army executed a South Korean civilian. The self-described “Supreme Leader” expressed a “deep lament” of the “bitter outcome”, as well as feeling to have “disappointed” South Korean President Moon Jae-in and the South Korean society. This unusual apology represents an exceptional diplomatic gesture for the reclussive regime, who aims to ease the growing tensions in bilateral relations between in the Korean Peninsuoa

The victim was a public official from South Korea’s Fishing Ministry, he disappeared last Monday as we sailed westward of the Korean Peninsula, close to the maritime border between North and South Korea. The man was aboard an official vessel from which he had jumped with the intention of deserting. According to South Korean defense authorities, the North Korean military found the man a day after, floating on drift inside their territorial waters. After a six hour interrogation in which they denied the man medical help, North Koreans executed the man to burn his body afterwards.

President Moon claims that the event is a traumatic incident that shouldn’t be tolerated under any circumstances and demanded an official explanation. The response came by the hands of the Department of the United Front, an organ of the North Korean Worker’s Party that handles all bilateral relations with Seoul.

The delivered letter by the North Koreans claims that the man didn’t respond properly to the questionnaire and tried to flee when the sailors shot two warning rounds, in consequence, they opened fire against him. When approaching they found a lot of blood but didn’t find the body, that reason being why they burnt the objects on board in order to cover the coronavirus pandemic control protocol implemented by that country.

North Korea acknowledges that the incident, shouldn’t have happened, that’s why they instructed their military to set up a mechanism that registers border patrol activity in order to avoid “minor mistakes that produce great misunderstandings” —what a way to downplay due process and the value of human life.

South Korea’s Unification ministry Lee In-young considers the North Korean apology an “exceptional” thing, without any precedents. The last communication between North Korean leadership and South Korean authorities expressed the wish from the communist tyrannical regime of handling the pandemic and the successive impact of the typhoons.

North Korea’s dictatorship has no qualms in brutally murdering anyone they deem a threat, it’s a country where torture, the lack of rule of law and the utter disrespect for human dignity enslaves its population and starves them to death. Kim Jong-un is the third tyrant in the secular communist kingdom dynasty that his grandfather Kim Il-Sung instated in the Korean Peninsula with the help of Mao’s People’s Liberation Army in a tug-of-war conflict in the 1950s as the Post-war era installed and Cold War politics and rhetoric of clash between the East and West began.