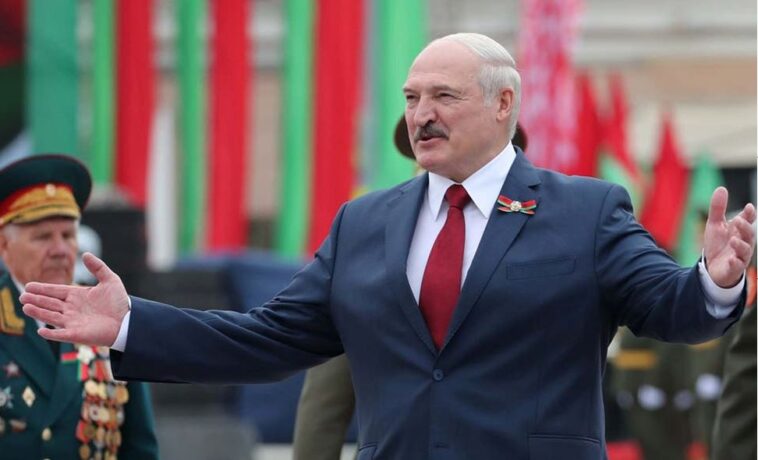 The European Union top man for foreign relations, socialist Catalan politician Josep Borrell claims that Alexander Lukashenko, president —per sæcula sæculorum—elect of Belarus after he proclaimed himself the victor in the latest presidential election in the Eastern Europe nation, considered by Western Europe the last dictatorship of the continent. High Representative for Foreign Policy for the European Union Josep Borrel considers that the inauguration by the eastern European autocrat lacks democratic legitimacy. The European Union doesn’t acknowledge falsified election results.

The European Union, according to Borrell is currently revising its relationship with Belarus. The twenty-seven nation-states that make up the EU must tackle the issue this Friday and considers sanctioning forty members of the Belarusan top brass, as they accuse them of being those responsible for the violent backlash of the demonstrations and the electoral fraud of the August 9 election. The EU must consider if it should sanction Alexander Lukashenko or set up a gradual set of sanctions that broadens if the violent repression against the democratic opposition in Belarus continues. The isolation of the European Council due to coronavirus —Charles Michel, council president has the Wuhan Plague— and the schedule for the summit is postponed as a controversial vote by Cyprus will determine if the sanctions go or just stay on whimsical diplomacy.

Borrell claims that the elections lacked fairness, and the rejection for the inauguration of Lukashenko, a man in power since 1992, a landlocked nation with heavy dependence on the Russian Federation. Minsk’s total dependence on Russia’s strong-arm policy as well as a long relationship with its Soviet and Tsarist past make the country a complex geopolitical issue for the European Union.

Inheriting Soviet power structures, culture, and infrastructure, Lukashenko has minimal options in regards to opening up his country to the West. While the idea of reducing Belarusan dependency with Russia is attractive for Lukashenko, the geographical position and the trade with Russia peg the country to the Kremlin. Nearly 80% of all exports of Belarus go to Russia, and while Lukashenko was exploring other options, his stealing of the election and the violent repression are not seen with good eyes in the west. Lukashenko’s buddy with dictators like Putin in Russia, Maduro in Venezuela, Erdogan in Turkey, and the Castro brothers in Cuba.

For the European Union, the citizens of Belarus must be able to choose their destiny in free and fair elections and deserve the right to be represented by those whom they pick in the free, inclusive, and new round of elections. Borrell insists that Belarusian society must be proud of demonstrating in their country’s streets the inalienable right to claim their destiny.

Opposition leader Svetlana Tijanovskaya called upon the international community to sanction Alexander Lukashenko after claims of electoral fraud. In any decent election, the secrecy of the vote, the transparency of the process, and the impartiality of the electoral authority grant citizens the possibility to control the process and have a real democracy.