Mulan 2020 Tanks on Disney Plus – Xinjiang and China Protest 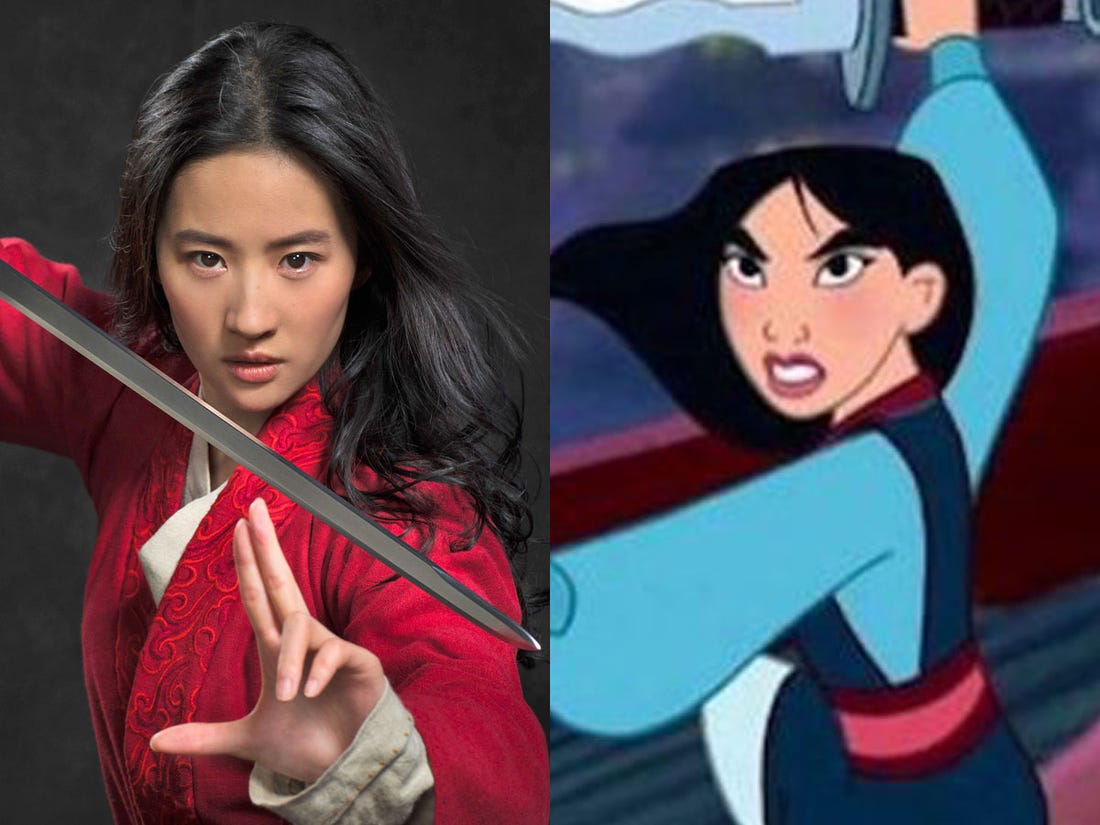 The long-awaited, Coronavirus-wracked live-action Mulan remake is out, Disney+ subscribers had to pay $30 US dollars to watch it, and the backlash and criticism surrounding the film are negative. In this article, we will examine the Mulan backlash and why Disney’s troubled relationship with the People’s Republic of China just got more complicated.

The live-action film set in Medieval China, featuring Chinese actors and crew has many outraged, as the movie has no Chinese subtitles, critical theory gender ideologues slam the script for depicting a much more masculine Mulan. The new Mulan movie has no songs, the scrapping of songs —like I’ll make a man out of you—that made the original movie a hit are not there, even the Mushu talking dragon is nowhere to be seen, and last, but not least, no prince charming in a Disney story.

Lead actress Liu Yifei is an outspoken activist of China’s actions in Hong Kong, going as far as to write in a Chinese social media app “I also support Hong Kong police.” Donnie Yen, another member of the cast for the Disney production celebrated Hong Kong’s Establishment day by saying that he “was fighting for the Chinese people”, going as far as posting a video of him playing piano for Chinese dictator Xi Jingping.

Mulan Was Shot in Xinjiang

Many of Mulan’s scenes were shot in in-land China province of Xinjiang, known to house countless concentration camps where minority Uyghur Muslims are held captive and routinely tortured for their beliefs. The scandalous Disney film includes in their credits a special thank you note to the dozen Chinese institutions that helped create the film, namely: Xinjiang’s Communist Party Authorities and their Public Safety Bureau. These organizations are the object of international sanctions for their less-than-reputable credentials in the human rights niche.

In the 1990s, Disney released a Martin Scorsese movie called “Kundun”, based upon the life of the Dalai Lama, sending shocks of awe within the file and rank of the Communist Party, since then, Disney’s board of directors have made it very clear to China that they will cater to the kinds of contents that they will send their way, and have kept that promise because the commercial relationship between the Beijing communists and Mickey Mouse has flourished spectacularly: China represents Disney’s second movie market worldwide and they’ve invested a lot of money setting up a theme park in Mainland China with lots of government help.

China looks at this commercial relationship as a propaganda tool to boost its façade of a friendly attitude towards the private sector as they blatantly insert soft power agendas into children’s and family content.

China’s authorities have a knack for promoting the kind of foreign investment they want to gaslight the world in order to hide the fact that their economy, industrial park and aspirations are far behind from their global counterparts. This doctored-redacted-CCP-compliant Mulan, full of heavy edits and lacking a strong script is the proof that as far as the Chinese Communist Party goes if any Western company wants presence in their territory, they better paint it Red.