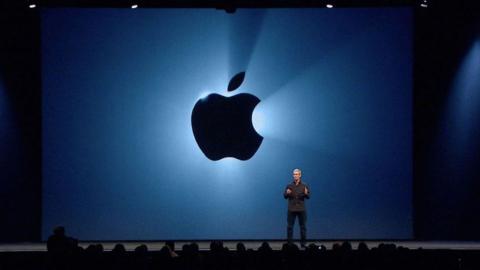 The Series 6 Apple Watch is the latest consumer electronics wearable device by the Cupertino manufacturer, the model keeps the same aesthetics as its predecessor with a new array of sensors that allow for superior data collection and bring the user to new experiences in many aspects of their daily lives. More than a Watch, —it tells more than time— the Apple Watch can help you find your way through traffic, monitor your vital signs, allow you to answer the phone and now, thanks to the software it comes bundled with, even keep track of your loved ones as the wearable trend expands to youngsters and elders without a telephone.

Blood Oxygen Measured from The Wrist

The new sensors in the back of the Apple Watch Series 6 are of the latest technology and can measure blood oxygen levels in a few seconds using red and infrared spectrum lights. Just like other competitors like Fitbit, and Garmin, Apple decided to partner with several healthcare networks and providers to begin large-scale studies using these measuring parameters to tackle early symptoms of diseases.

The Apple Watch Series 6 has an S6 processor, a new chip whose manufacturer claims that is up to 20% faster in regards of performance than its predecessors, built on domestic Apple silicon, the A13 chip will give the best major update and overhaul to the Apple Watch hardware since its inception. With better hardware, comes better performance, as the 18-hour battery life remains the same, at the time that this new gadget charges way faster at a 90-minute cap.

Its always-on display is brighter, so it’s easier to read, and Apple made it possible for easier access to notifications, control centers, and the whole interactive experience. This Apple Watch has an altimeter, providing real-time elevation information. As with all things Apple, this watch comes in a variety of colors: silver, gold, blue-grey and a Product (RED) version. The finishes are also yummy and blingy: ranging from graphite, yellow gold, natural or black titanium. These options seem to have left out previous finishes such as ceramic or silver chrome.

Made from recycled aluminum —Apple loves to claim that they’re green— this watch comes with a variety of straps, one of them is the “Solo Loop” strap, which features no buckles or adjustments and it comes in seven different colors to cater to each users’ taste.

Steve Jobs once said that “Apple is a software company that boxes its beautiful software into beautiful hardware”, the Series 6 Apple Watch is no exception to this affirmation. Earlier this year, at the WWDC, developers got to see the watchOS 7, a massive software overhaul that reaches previous Apple Watch generations. Using this new software in the Series 6 new sensors, Apple revealed a new series of services, hand-wash reminders, workout programs and routines, sharing of watch faces, and a feature called Family Setup, that allows parents and caretakers to monitor their kids: Providing message control, location alerts, and remote patient monitoring for the elderly, this feature will be available only in Apple Watch versions with a cellular model and will be available from many carriers.