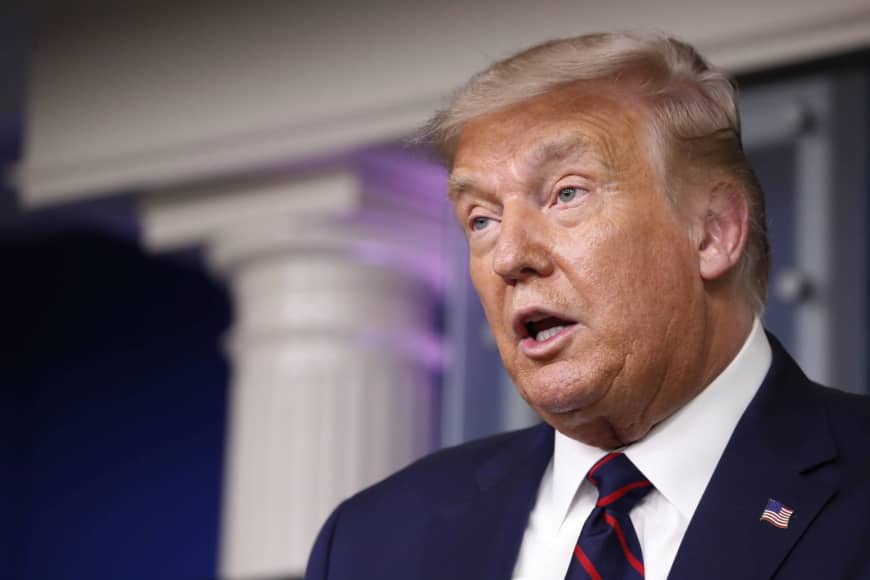 Fb Inc. on Wednesday took down a put up by U.S. President Donald Trump, which the corporate stated violated its guidelines in opposition to sharing misinformation in regards to the coronavirus.

The put up contained a video clip, from an interview with Fox & Buddies earlier within the day, through which Trump claimed that kids are “nearly immune” to COVID-19.

“This video contains false claims {that a} group of individuals is immune from COVID-19, which is a violation of our insurance policies round dangerous COVID misinformation,” a Fb spokesman stated.

A tweet containing the video that was posted by the Trump marketing campaign’s @TeamTrump account and shared by the president was additionally later hidden by Twitter Inc. for breaking its COVID-19 misinformation guidelines.

The U.S. Facilities for Illness Management and Prevention has stated that whereas adults make up many of the recognized COVID-19 instances so far, some kids and infants have been sick with the illness and so they can even transmit it to others.

The White Home and the Trump marketing campaign didn’t instantly reply to requests for remark. Throughout a briefing on the White Home, Trump repeated his declare that the virus had little influence on kids.

It was the primary time Fb had eliminated a Trump put up for coronavirus misinformation, the corporate’s spokesman stated.

It additionally gave the impression to be the primary reported occasion of the social media firm taking down a put up from the president for breaching its misinformation guidelines.

Fb has taken warmth from lawmakers and its personal staff in current months for not taking motion on inflammatory posts by Trump.

The corporate has beforehand eliminated adverts from Trump’s election marketing campaign for breaking misinformation guidelines, in that case round a nationwide census.

It additionally took down each Trump posts and marketing campaign adverts that confirmed a pink inverted triangle, a logo the Nazis used to establish political prisoners, for violating its coverage in opposition to organized hate.